The Definition of Gardening

Jim just loves to garden, yes he does.
He likes nothing better than to put on
his little overalls and his straw hat.
He says, ‘Let’s go get those tools, Jim.’
But then doubt begins to set in.
He says, ‘What is a garden, anyway?’
And thoughts about a ‘modernistic’ garden
begin to trouble him, eat away at his resolve.
He stands in the driveway a long time.
‘Horticulture is a groping in the dark
into the obscure and unfamiliar,
kneeling before a disinterested secret,
slapping it, punching it like a Chinese puzzle,
birdbrained, babbling gibberish, dig and
destroy, pull out and apply salt,
hoe and spray, before it spreads, burn roots,
where not desired, with gloved hands, poisonous,
the self-sacrifice of it, the self-love,
into the interior, thunderclap, excruciating,
through the nose, the earsplitting necrology
of it, the withering, shriveling,
the handy hose holder and Persian insect powder
and smut fungi, the enemies of the iris,
wireworms are worse than their parents,
there is no way out, flowers as big as heads,
pock-marked, disfigured, blinking insolently
at me, the me who so loves to garden
because it prevents the heaving of the ground
and the untimely death of porch furniture,
and dark, murky days in a large city
and the dream home under a permanent storm
is also a factor to keep in mind.’ 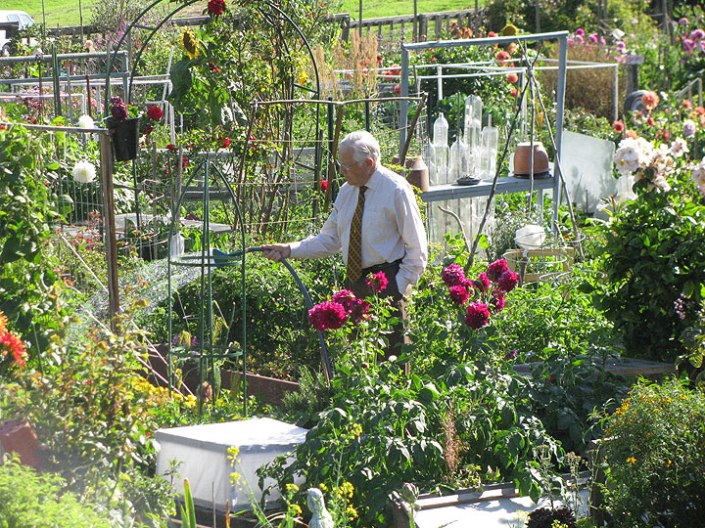